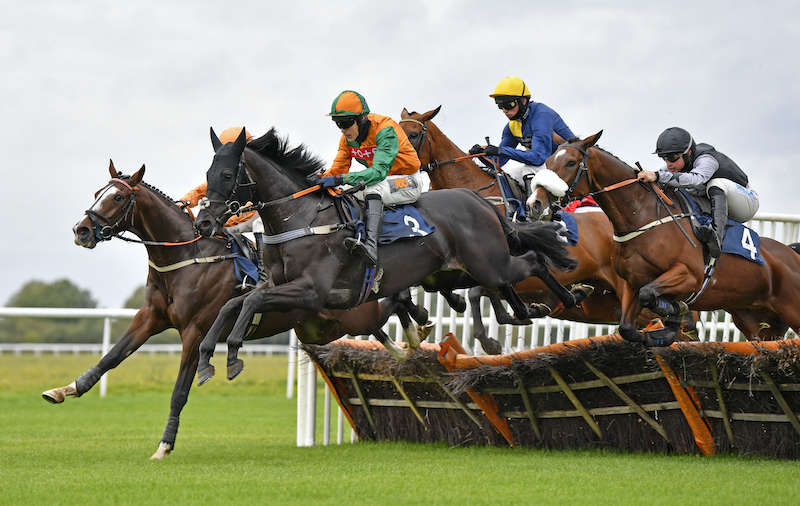 It will be Christmas before you know it!

That phrase couldn’t feel more real as, somehow, Cheltenham’s October Meeting is already upon us, while international Flat racing fans have the Melbourne Cup and Breeders’ Cup just around the corner.

The Showcase – 23rd-24th October, Cheltenham, UK Jump racing returns to Cheltenham behind closed doors for The Showcase meeting. These two days of racing provide brilliant entertainment from the home of jumps racing, including the super competitive squareintheair.com hurdle. on the Friday.

Old Roan Chase Day – 25th October, Aintree, UK Aintree was without the Grand National this year as the horseracing industry was at a standstill. Now the show is back on, with the historic course hosting the Grade 2 Old Roan Chase.

Charlie Hall Meeting – 30th-31st October, Wetherby, UK Wetherby racecourse brings us the Charlie Hall meeting at the end of October where Listed action takes place on the Friday and is followed up on Saturday with, amongst others, two Grade 2 races; The Charlie Hall Steeple Chase and The Bet365 Handicap Hurdle.

Melbourne Cup – 3rd November, Flemington Racecourse, AUS The Race That Stops A Nation. A race won by the likes of Cross Counter and Dunaden, but never by Frankie Dettori. This year, Tiger Moth, Russian Camelot and Surprise Baby are the big fancies. 2019 Derby winner Anthony Van Dyck is also in the mix.

Haldon Cup Day – 3rd November, Exeter, UK Exeter racecourse bursts into life for the Haldon Gold Cup. This Grade 2 steeplechase has 12 fences and rich history, with Cue Card and Best Mate amongst the names gracing the roll of honour.

November Handicap – 7th November, Doncaster, UK It’s time to close the curtain on the Flat racing season with the November Handicap. With £55,000 up for grabs, the Class 2 race is run over 1m3f and provides thrilling entertainment despite the winter chill.

The November Meeting – 13-15th November, Cheltenham, UK The jumps season will be in full swing come mid-November and all directions will point to Cheltenham Festival. The meeting has multiple G2’s and G3’s, including The Paddy Power Gold Cup, which was won last year by Happy Diva. Action on the final day includes the Greatwood Hurdle.

Tingle Creek Festival – 4-5th December, Sandown Park, UK The Tingle Creek Festival at Sandown is a fantastic meeting held at the beginning of December. Last year the festival gave us an incredible showdown between Defi Du Seuil and Une De Sceaux and you can expect the top two-mile chasers to be lining up again this year.

Becher Chase – 5th December, Aintree, UK Jumping back over the famous National fences for the first time. The Becher Chase is the feature on the card and a good chance for trainers to send their horses over the spruce before the Grand National itself in April.

The International – 11-12th December, Cheltenham, UK The 2019 edition of The International saw runners from France, Ireland and Britain. Across the two days are 14 races which include the BetVictor Handicap Steeple Chase, Glenfarclas Cross Country Chase, The Caspian Caviar Gold Cup, and the Unibet International Hurdle.

Hong Kong International Races – 13 Dec, Sha Tin, Hong Kong One to keep on the calendar as the world’s top Flat horses look to plunder some monster pots. The £9 million racecard features the Group 1 Sprint, Cup and Vase, where horses such as Highland Reel have been successful in years gone by.

Ladbrokes Christmas Festival – 26-27th December, Kempton, UK The Christmas Hurdle, Desert Orchid Chase and of course, the King George. It’s a festive feast of racing that’s not to be missed. 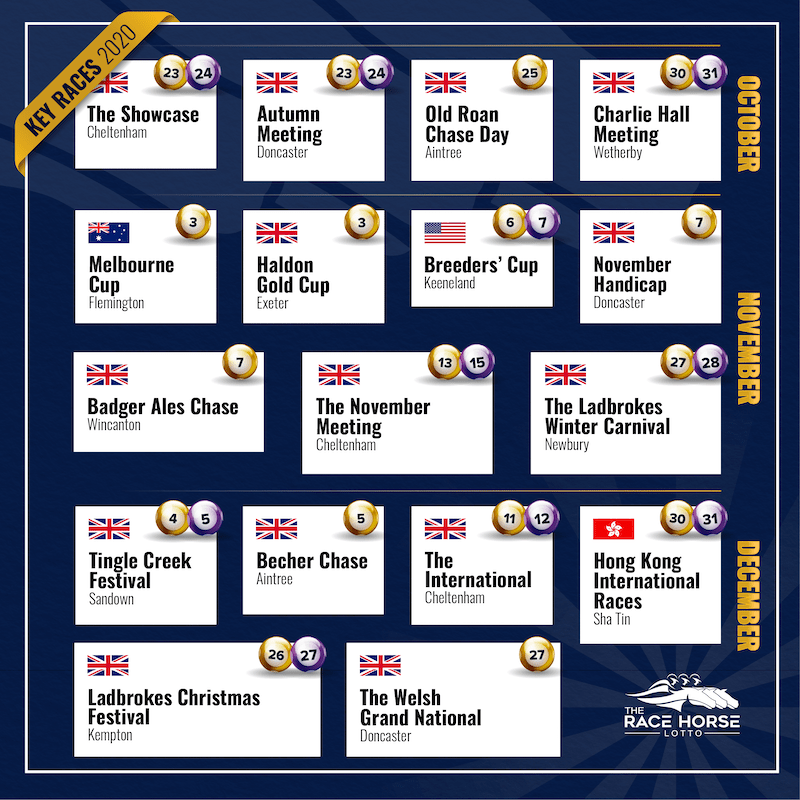