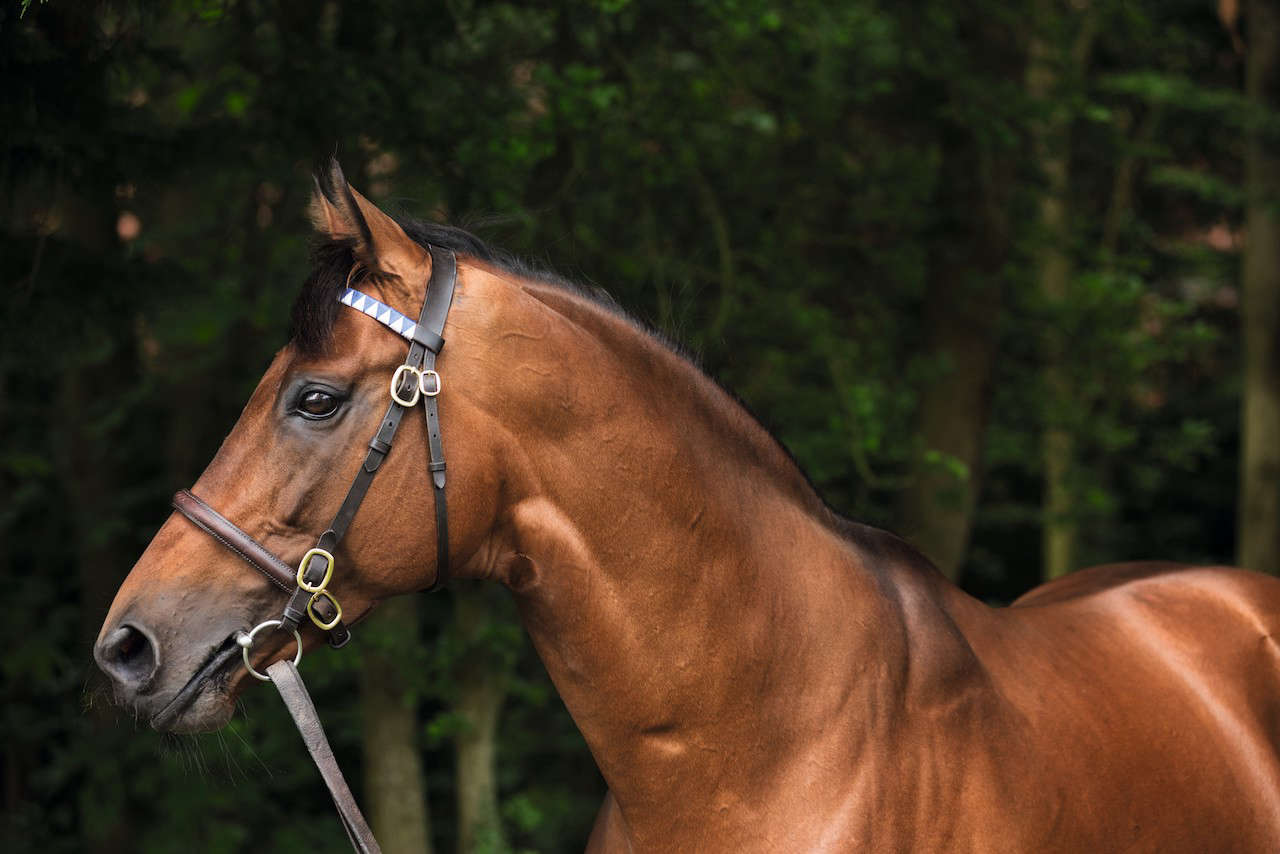 This beautiful unnamed thoroughbred we are giving away in the Racehorse Lotto 2021 Champions Raffle was sired by the impressive middle-distance performer Postponed (Darley) and out of the mare Familliarity. A gorgeous, young bay filly with a calm temperament, she was bred in the heart of the South Downs by the team at Meon Valley Stud in Hampshire.

Her father, Postponed, was an outstanding middle-distance runner boasting nine wins from twenty starts. Bred in Ireland by St Albans Bloodstock, he was sired by Dubawi, a top-class son of Dubai Millennium, whose wins included the Irish 2000 Guineas and the Prix Jacques Le Marois.

As a yearling in October 2012, he entered the ownership of Mohammed Obaid Al Maktoum and was sent into training with Luca Cumani at Newmarket. In 2015 he was transferred into the care of Roger Varian and went on to become the highest-rated horse (Official Rating 124) ever trained by the New Zealander.

Having achieved a number of Group 1 wins including the King George VI and Queen Elizabeth Stakes at Ascot (2015), Coronation Cup at Epsom and Juddmonte International at York (2016) as well as wins at ParisLongchamp in France and Meydan in UAE, Postponed’s status as one of the best 12f horses in the world at the time was well founded. He currently stands at Godolphin’s Dalham Hall Stud in Nemarket under the management of the famous Darley Stud (the global breeding operation owned by Sheikh Mohammed bin Rashid al-Maktoum, the Ruler of Dubai).

The filly’s mother, Familliarity, was a middle-distance stayer also trained by Roger Varian. Sired by Nayef and out of Millistar, daughter of famed 2001 Derby-winning European Champion 3yo Colt Galileo, she achieved wins at Bath and Lingfield as a 3yo and was also placed on no fewer than three occasions, continuing the reliable and impressive form shown by her predecessors.

We are hopeful this young filly, foaled 26th April 2019, will keep up the family tradition and can't wait to see her in action!

For your chance to win this lovely filly for 2021 go to Racehorse Lotto 2021 Champions Raffle!