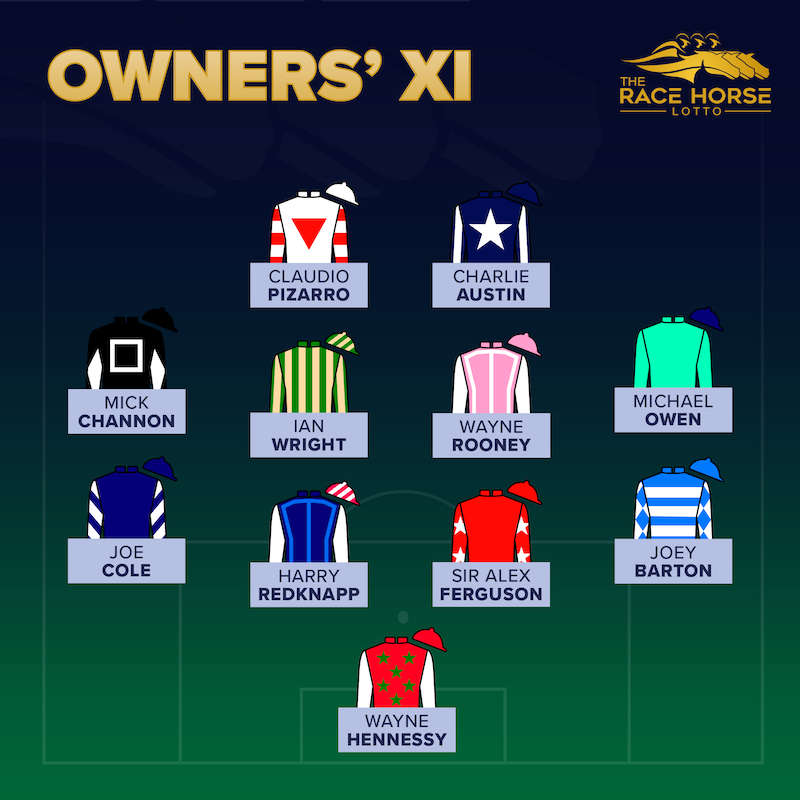 Horse racing may well be ‘The Sport of Kings’ but almost anyone can get involved in racehorse ownership these days.

The thrill of seeing your silks in the winners’ enclosure has certainly caught the attention of the footballing world, and we’ve listed our Owners’ Starting XI below.

If you are interested in racehorse ownership, then there are many syndicates and racing clubs offering yearly buy-ins for no more than £40, while for just £3 a ticket you can enter our weekly Racehorse Lotto where you can win sole ownership of a racehorse.

When the gloves are off, Wayne likes nothing more than a winner and has so far tasted success on a total of nine occasions.

The Crystal Palace keeper also breeds horses, including miler Spirit Of Belle who went on to be rated 84 on the Flat.

Tough tackling and straight talking Joey Barton has his own successful breeding operation off the pitch.

His most notable horse is My Propeller, named after an Arctic Monkey’s song, who was a Listed winner in both England and Scotland.

Like a few of his former England teammates, Joe Cole has turned his hand to racehorse ownership and has enjoyed some success.

His most notable horse was the late Poppanan who was a multiple handicap winner on the Flat, including at Windsor and Brighton.

It’s no secret that ‘Arry loves his horses. Having seemingly finished his career as a football manager, Harry has bought multiple horses and has even had runners at the Cheltenham Festival.

Redknapp’s most notable horse is the aptly named Shakem Up’Arry who managed two seconds at Newbury last season before running in the Ballymore Novices’ Hurdle at Cheltenham.

This entry will come as no surprise to anyone. It’s well documented that the former Manchester United boss loves his racing and stories told by his friends from the footballing world have entertained listeners for years. Former Tottenham Hotspur manager, and racehorse owner, Harry Redknapp said that before his side kicked off against Ferguson's United, he would join Sir Alex to have a few bets and watch the racing.

Sir Alex’s most famous involvement within racing was his infamous part-ownership of seven-time Group 1 winner Rock Of Gibraltar. Ferguson believed he had been gifted a 50% stake of the horse by friends and major Manchester United shareholders John Magnier and JP McManus. The two men disputed this claim and the affair led to a bitter row which ended up in court. Magnier and McManus later sold their shares in United and it is widely felt that the episode resulted in a change of ownership at Old Trafford. 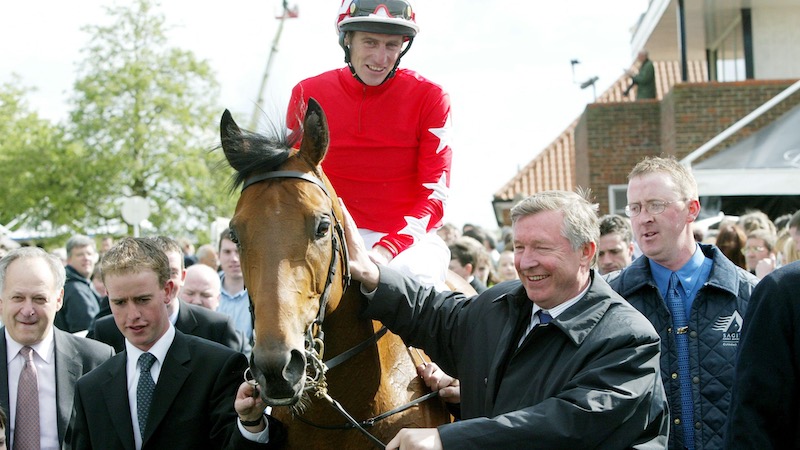 Entering the sport through the help of teammate Michael Owen, Wayne Rooney picked pink silks for his first wave of runners; Pippy, Switcharooney and Tomway, all of which were trained by Tom Dascombe.

Rooney also teamed up with former Manchester United colleague John O’Shea to own Yourartisonfire whose career earnings have totalled £78,000.

Former England and Liverpool striker Michael Owen has enjoyed plenty of success with his horses over the years, most notably with Brown Panther, who won the Group 1 Irish St Leger and amassed over £1million in prize money.

One of Owen’s best horses in training at the moment is Angel Alexander. The speedy son of Dark Angel, trained by Tom Dascombe, won last season’s Ayr Gold Cup.

Premier League legend Ian Wright was a goal-scoring machine for Arsenal during his football career and wanted to carry that success over into racing.

Wright’s first dabble in horse ownership was when he joined the Crowd Racing Partnership and owned a share in Born To Finish, who rattled off a hat-trick on the all-weather to reach a respectable mark of 80.

The only owner on this list to trump Michael Owen is Southampton’s star of the 70s Mick Channon. When Channon retired from football, he became an assistant trainer before taking out a license in 1990.

Now a full-time trainer, he has trained the likes of Seazun, Queens Logic and Piccolo to name a few and also owns and breeds race horses, most recently with 75-rated two-year-old Greystroke.

Premier League Striker Charlie Austin has owned horses for many years and was kept close to racing while growing up in Berkshire. Austin is the co-founder of Excel Racing, a syndicate who have had success with horses on the Flat such as Another Batt, High Acclaim and seven-time winner Kyllachy Gala.

Peruvian Claudio Pizarro has hit the back of the net a few times since getting into ownership.

Raymi Coya was the former Chelsea FC striker’s most successful venture, having won the Group 3 Oh So Sharp Fillies’ Stakes at Newmarket.

Pizzaro also got to don a top hat for the day when his horse ran in the Group 1 Coronation Stakes at Royal Ascot, though she could only manage eighth.